We sat down with Andrew Ahiaku, Aceli’s Head of Financial Sector, to learn more about his forthcoming working paper on the effects of Central Banking regulations on lending to agricultural SMEs in East Africa. Here are some highlights from our conversation:

Andrew, you’ve spent a lot of time working on this report – why did you take on this project?

I didn’t set out to write this paper. I was looking into literature on how Central Bank regulations affect lending in African agriculture and particularly to agri-SMEs and kept hearing from stakeholders that this analysis was lacking. We know that the majority of the population in East Africa depends on agriculture for their livelihood, but only 5% of bank lending flows to the sector. The natural instinct is to say “the banks are lazy” or the “banks don’t care.” I spent 12 years in banking before joining Aceli and from my own experience I can say that’s often not true. In my opinion, a more accurate characterization is that banks are structurally limited in how much risk they can take by well-founded policies that have unintended consequences of stifling agricultural lending. So most banks take the easier path to earning a decent return- but I know from experience that many would choose differently if given the right incentives and support.

Tell us more about these policies that have unintended consequences?

Following the 2009 financial crisis, the Bank of International Settlements introduced the Basel III Accord aimed at checking overly aggressive bank lending and protecting customer deposits. Two specific policy changes are worth highlighting. The first is Capital Adequacy Ratio (CAR), or the levels of equity a bank must hold on its balance sheet relative to its lending. Basel III imposed more conservative requirements on CAR at a global level; what I find very interesting is that Central Banks in Aceli’s focus countries (Kenya, Rwanda, Tanzania, and Uganda) have adopted controls that are roughly 40% more conservative than the Basel III requirements. While some adjustment seems prudent given the emerging state of East African economies, it’s not clear how the CAR levels in the region compare to actual loan performance.

The second policy change under Basel III focuses on when and how much capital banks must set aside for credit losses. Pre-IFRS 9, banks would set aside funds to cushion against losses as they occurred. This turned out to be inadequate when losses piled up and many banks became insolvent. The new approach – which I support in principle – is that banks are required to provision for expected losses ex-ante when they book a loan. When combined with the more conservative CAR levels in East Africa, this approach creates a disincentive for banks to lend to riskier sectors like agriculture where they would be required to tie up their precious equity and forego more lucrative opportunities in other sectors.

This sounds like a conundrum: the international banking sector pre-2009 was fast and loose with risk and the public ended up footing the bill of huge bailouts, but you’re saying that the new rules are limiting the flow of credit to agriculture. What should be changed?

To be clear, I don’t think we should go back to the pre-2009 way of doing business. What I and my Aceli colleagues believe is that the mandate of Central Banks to steward the economy in a fiscally prudent way is applied in an overly narrow way in East Africa and may be counter-productive to the broader goal of developing a robust and inclusive national economy. We would like to see an approach where a realistic assessment of expected credit losses from a loan is considered alongside the expected development impact linked to that loan. These two considerations should then be merged to determine whether it is appropriate to incentivize an activity where the expected development impact exceeds the increased risk. Many countries from India to South Africa to the United States have some version of this approach in their policies for requiring or incentivizing the flow of credit to under-served populations. We hope to generate dialogue with Central Banks, policymakers, and other stakeholders in East Africa about how an approach  that incorporates expected development impact can be implemented in each country.

Setting aside all these challenges for a moment, are there also reasons for optimism?

Yes, absolutely! For example; the Bank of Uganda has introduced an Agricultural Credit Facility that shares in the risk and lowers the cost of funds for on-lending to the sector and in recent years there’s been a substantial increase in bank lending to agriculture in Uganda.

In July, the Bank of Tanzania announced new measures to stimulate lending to agriculture in response to COVID-19. These include adjustments to the statutory minimum reserve for agricultural lending (which has a similar effect on lender risk appetite as the CAR) and a dedicated pool of low-cost capital totaling TZS 1 trillion (~USD 430 million) to provide liquidity for banks and other financial institutions to on-lend in the sector.

And Rwanda just announced that it plans to double the share of lending going to agriculture by 2024 – so it’s an exciting time to be working on agricultural finance in East Africa!

Both / And: Facilitating gender inclusive lending for agricultural enterprises 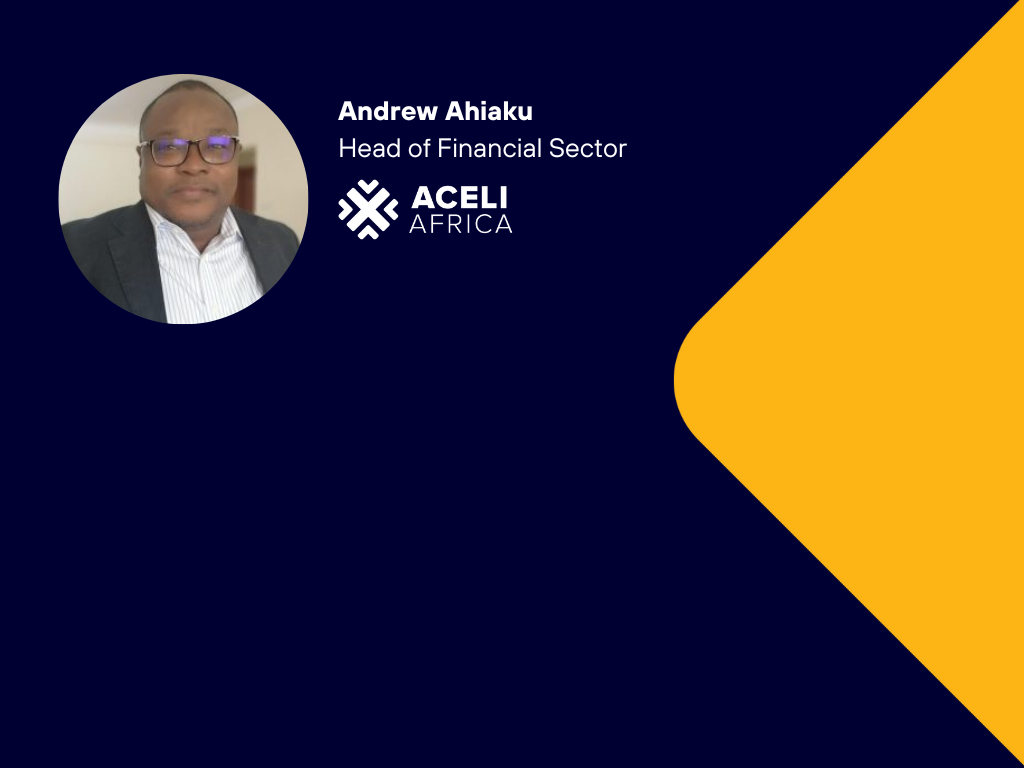