It was a good year. The rains came early to my farming community of Atidzive in the Akatsi-South District of Ghana, and we ploughed the fields for planting. Then came a truck with certified seeds (not the lower yielding ones we had saved from the last harvest) and bags of fertilizer (which we usually couldn’t afford). The farmers had formed groups and received loans for the farming season. The interest rate was high but the farmers were happy for the support from the district Community and Rural Bank.

My auntie, who was the Matriarch of the family, used her loan to hire additional farm hands for weeding. The harvest was so big that she had to hire extra help to carry it to the storage building. I remember being exhausted and sore from carrying so many 15 kg sized-bags of maize, but also jubilant – for the first time, my entire boarding school fees were paid at the beginning of the term! I was known for late payment of fees when I lost my Dad in at age 12. All the farmers in the village paid their loans on schedule. My auntie bought a new metal roof for her house, we got new clothes, and Christmas was festive with presents for all the kids. Around our village of a few hundred families, several families were able to send their children to secondary school that year, which was a big deal – that was the generation that became teachers and police officers.

The next season, my auntie leased additional land in anticipation of a higher loan amount. We cleared the farm early and waited for the bank to approve her loan. She stopped by the bank every week she was in the district town on a market day; they kept assuring her that approval would eventually come. A month later, after she had missed the best time to plant, she was told the bank won’t be giving loans – they had exceeded their limit or something of the sort. My young mind didn’t understand what that meant. Why would a bank refuse a client a loan when she has met her obligations on an earlier one? If they knew she won’t get the loan, why did they encourage her to lease more land?

That season was like most before and since. My auntie and the other farmers planted on small plots with the seed they had saved up from the previous harvest. They couldn’t afford the good seed or fertilizer, couldn’t pay for labor to weed – and at the end of the season, they didn’t need to hire extra labor because the harvest was paltry. We paid my school fees in bits throughout the semester and I was sent home more than once when we couldn’t keep up with the payments. But I was lucky. I made it through secondary school, worked for a few years as a basic school teacher, saved up money, and went to university.

Fast forward eight years, I was working at Barclays Bank and an opportunity came up to lead a new lending unit focused on agriculture. I took the job hoping I could help more farmers like my auntie and agricultural SMEs get loans. We were able to accomplish a lot. Our unit grew from just me to six people in three years. We broke down silos between origination and credit risk through a joint team training on underwriting and managing agri-loans. As the portfolio grew, senior management got excited and we also received accolades in the media. USAID even gave us an award for Agri-Lender of the Year in Ghana!

But we also came up against the barriers that have persistently stifled lending to my auntie and so many others. My colleagues on the credit risk team didn’t fully understand seasonality in farming and how timing makes all the difference in agriculture. Many times, we couldn’t get loans approved before planting season and farmers lost interest. We also had conservative policies. We required collateral valued at 120% of the loan amount but then we discounted the value of the collateral presented to us by 30-50% – so a business looking for a $100k loan needed to have collateral of $200k or more!

These internal policies at the bank were so frustrating, but over time I began to understand where they came from. To begin with, banks are naturally risk averse. Lending in agriculture is risky, takes a lot of work, and bankers have to get their nice shoes and suits dirty visiting clients. In Ghana (and most African countries) banks can earn a nice profit by collecting deposits, lending to the government, and getting fat on the interest spread.

Some economists call this the “lazy bank” model. But that’s only part of the story. Around the time my auntie was waiting for her loan that was never approved, international banking standards were changing under the first of the Basel Accords. By the time I was trying to make agri-loans for Barclays, Basel III had taken effect. Basel III was designed to prevent the kind of daredevil lending that led to the collapse of Lehman Brothers and the 2007-08 financial crisis.

The result of Basel III and the International Financial Reporting Standard 9 designed during the same period was more stringent requirements on banks. When I joined Aceli a couple of years ago, I wanted to understand better how these international standards affected Central Bank policies in Africa, and how those policies influenced commercial bank practices. Did banks really need to have such conservative collateral requirements, or were we just being lazy? Read Aceli’s new Learning Brief to find out what I learned.

Auntie Minawo Ate Ahiaku, I promised you that I’ll get to the bottom of this.

Andrew Ahiaku is the Head of Financial Sector for Aceli Africa, leading engagement with commercial banks to increase their lending to agricultural SMEs and supervising capacity building for both SMEs and lenders. 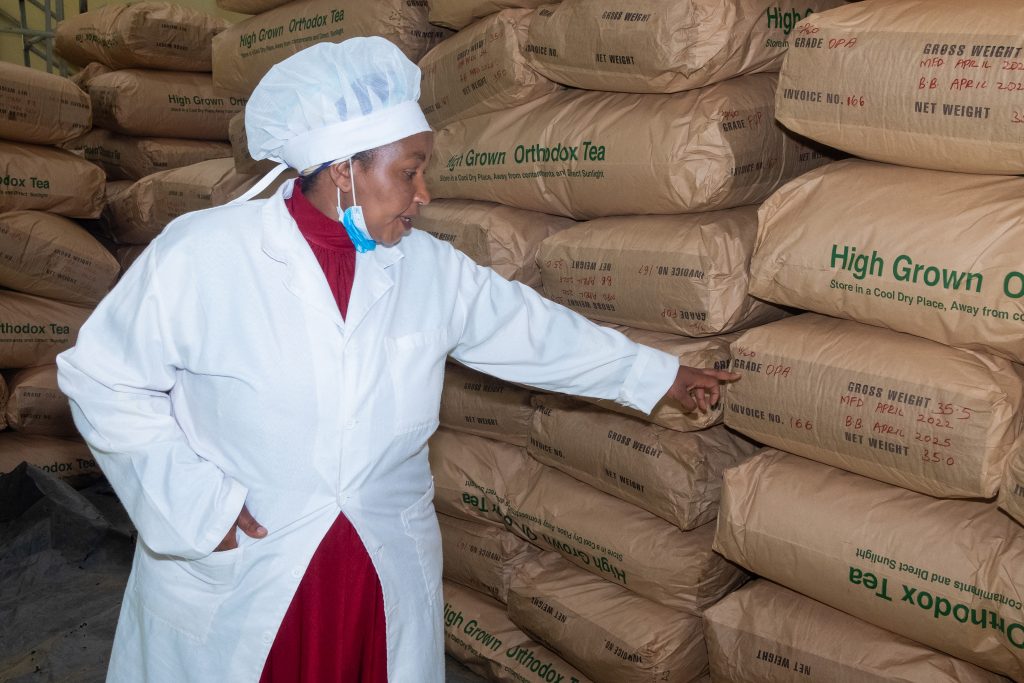 Both / And: Facilitating gender inclusive lending for agricultural enterprises